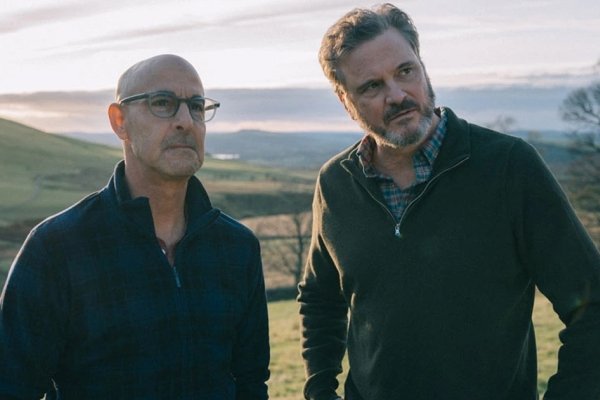 Whereas the Toronto International Film Festival (TIFF) will partially go online in the wake of the Corona crisis, the Venice and San Sebastian film festivals are still scheduled to take place in their regular, physical form. The festivals have recently started to announce their official selections including several films to be released by Cinéart, such as SUPERNOVA and the Dutch co-production QUO VADIS, AÏDA?

Venice 2020
QUO VADIS, AÏDA? by Bosnian director Jasmila Zbanic is selected in the festival’s main competition, therefore competing for the prestigious Golden Lion. Co-produced by N279 (the production company of Else Vandevorst and director Martin Koolhoven), QUO VADIS, AÏDA? is the first Bosnian film about the Srebrenica genocide with a partially Dutch cast.

The Orizzonti section includes Uberto Pasolini’s NOWHERE SPECIAL about a father played by James Norton. With months left to live, he is determined to find the perfect family to raise his 4-year old son. Also selected is Kaouther Ben Hania’s THE MAN WHO SOLD HIS SKIN about Sam Ali, a Syrian refugee, who accepts to have his back tattooed by a contemporary artist, becoming a precious work of art.

San Sebastian 2020
Harry Macqueen’s SUPERNOVA is screened in the official selection of the festival, starring Colin Firth and Stanley Tucci as Tusker (Tucci) and Sam (Firth) who’ve been together for over 20 years when Tusker is showing symptoms of dementia. On a road trip across England to spent time together, the couple visits friends, family and places from their past.

Toronto 2020
These five Cinéart titles are selected for TIFF this year:

THE FATHER by Florian Zeller starring Anthony Hopkins and Olivia Colman, in which Hopkins plays 80-year old Anthony slowly losing his grip on reality. His daughter Anne (Colman) struggles to balance the care for her father with her personal life. THE FATHER premiered earlier this year at the Sundance Film Festival; Naomi Kawase’s TRUE MOTHERS, which also featured under the official 2020 Cannes Label; Jasmila Zbanic’s QUO VADIS, AÏDA? after having its world premiere in Venice; and SEIZE PRINTEMPS by Suzanne Lindon will also travel to Toronto.

Cinéart will release these films in the Benelux, release dates are to be announced.

Gouden Leeuw voor documentaire All the Beauty and the Bloodshed