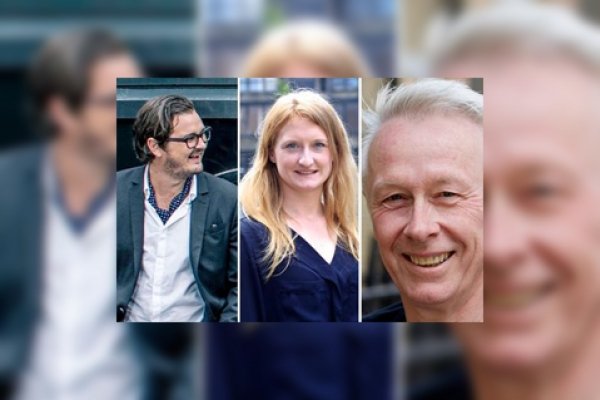 The Curzon CM Development Fund is backing Justin Anderson’s feature debut SWIMMING HOME, whose producers include Andy Starke and Emily Morgan; Brady Hood’s SWEET MADDIE STONE, produced by Laura Jackson and Paul Webster; and THE BALLAD OF A SMALL PLAYER, written by Rowan Joffe. No director is attached yet to the latter.

Curzon, Madman and Cinéart each have a first-look option to acquire local distribution rights and the fund has the right to co-finance the production of each film.

SWIMMING HOME is an adaptation of Deborah Levy’s Man Booker-shortlisted novel of the same name about a family at a holiday villa whose peace is disrupted when a fan of the husband – a well-known poet – shows up.

The producers include Anti-Worlds’ Starke, best known for producing Ben Wheatley films such as KILL LIST and upcoming IN THE EARTH; Quiddity Films’ Morgan, whose credits include Harry Macqueen’s SUPERNOVA and was named a Screen Star of Tomorrow in 2015; and Marcos Tellechea and Paula Linhares of Brazil’s Reagent Media.

SWEET MADDIE STONE will be directed by Hood, who was named a Screen Star of Tomorrow in 2016. It marks his feature debut following several shorts and episodes of Netflix series TOP BOY, for which he is lead director on the upcoming series.

The film follows the eponymous Maddie Stone, who rules her schoolyard under the protection of her family name. After her notorious father is arrested, she must raise the funds for his legal defence but risks becoming worse than the man she is trying to save. Co-written by Hood and Jess Jackson, it expands Hood’s NFTS graduation short film of the same name.

The producers are Laura Jackson and Paul Webster of the UK’s Shoebox Films, which is co-producing Pablo Larrain’s SPENCER, starring Kristen Stewart as Princess Diana.

THE BALLAD OF A SMALL PLAYER is based on Lawrence Osborne’s 2014 novel of the same name and has been adapted by Joffe, whose screenwriting credits include 28 WEEKS LATER and Anton Corbijn’s THE AMERICAN, as well as BRIGHTON ROCK and BEFORE I GO TO SLEEP, which he also directed. The story is set in the world of Macau’s gambling casinos and follows an English con-man who passes himself off as the runaway Lord Doyle, and who appears to find salvation from his excesses when he meets an enigmatic Chinese woman.

The fund was launched in February 2020 and is run out of Curzon’s London office. It is led by head of development Kristian Brodie, also known for producing Michael Pearce’s BEAST, starring Jessie Buckley and Johnny Flynn.

“All three partners identified these films as having a broad commercial appeal with the ability to work across international territories,” said Brodie. “After a difficult year for cinema and production, it is a real tonic to be able to support these projects beginning their journey to cinema screens.”

At launch, it was detailed that the fund would look to back a slate of 16 projects, starting with an initial three-year investment cycle. Once that ends, the partners will have the option to roll into a second five-year plan or exit and be replaced by another partner.

Curzon is aso backing the Mother Tongues Award development initiative, alongside French sales agent Charades and creative agency Intermission Film, which is focused on feature film projects by UK-based filmmakers in which the dialogue is in a language other than English. Its first shortlist was revealed last week. Brodie also takes the lead for Curzon on that initiative.

Gouden Leeuw voor documentaire All the Beauty and the Bloodshed